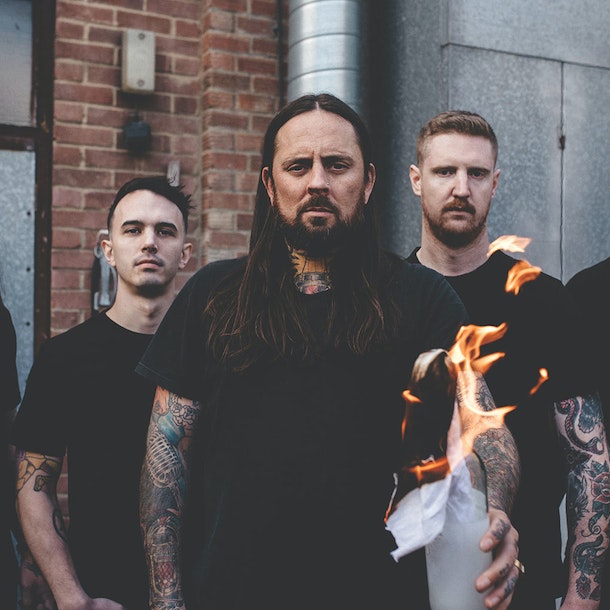 Thy Art Is Murder

Thy Art Is Murder

Rising from the unhallowed wastes of Western Sydney, extreme metal outfit Thy Art Is Murder have carved a trail of bloody mayhem since their inception in 2006. With an acclaimed EP and debut album in Infinite Death and The Adversary to their name, the band have traversed the highways and autobahns of Australia, the UK and Europe on a relentless crusade to destroy every venue and audience they can with like minded peers in a who's who of heavy metal.

A five-piece metal band from Sheffield. The band's reputation for explosively heavy live shows and some of the most devastating pit action this side of hell resulted in shows with the likes of Hatebreed, While She Sleeps, Vision Of Disorder and The Acacia Strain. They have generated a reputation for their infamous live shows, known for provoking (friendly) violence and insanity.

King 810 is an American alternative metal band from Flint, Michigan formed in 2007. The band's first release was their independent EP titled Midwest Monsters in 2012, which earned them a signing with Roadrunner Records. Since then they've released two albums. Expect an edgy live show, with some in the media describing them as "the most dangerous new band in the world."

Australian hardcore band, Alpha Wolf, have moved from a small band in Tasminia to a band that on on the lips of heavy music fans all over the world.