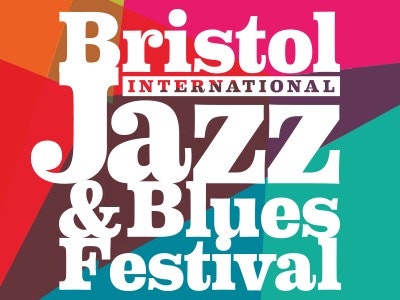 The Bristol International Jazz & Blues Festival saw over 8,000 people descend on Colston Hall in March 2014 for an unforgettable weekend of jazz, blues and swing.

We’re back from Thursday, March 5 to Sunday, March 8 2015 with an incredible line-up of over 40 concerts, workshops and jam sessions including: The Big Band Swing Dance led by the 17-piece Bruce/Ilett Big Band; Cartoon Jazz, featuring your favourite Disney songs as you’ve never heard them before with the Big Buzzard Boogie Band and a HUGE chorus and The Louis Armstrong Story, a unique tribute to Satchmo himself.

Manchester and London-based nonet led by trumpet player Nick Walters (Riot Jazz, Beats & Pieces Big Band). Bringing together many strands of his musical experience, Nick has taken inspiration from jazz composers such as Gil Evans, electronic artists such as Aphex Twin, and from artists who blur the lines between the two, such as Jaga Jazzist and Tortoise. The result is, as Manchester Jazz Festival put it ahead of the group?s live debut in 2013, ‘a coherent synthesis of electronics, live effects and samples but retaining an earthy groove'.

European Gypsy swing meets the music and rhythms of "Le Monde Creole" in this seductive and captivating project led by New Orleans-based clarinetist Evan Christopher. Renowned for his contemporary framing of early jazz masters such as Sidney Bechet, Jimmie Noone, and Barney Bigard, his quartet enlivens the music of the legendary Django Reinhardt as well as swing-era classics with the buoyant rhythms of New Orleans, Cuba, the Caribbean even Brazil. Dazzling improvisations and colourful stories.

Mike Sanchez is one of the most exciting and charismatic performers of Rhythm & Blues and Rock 'n' Roll in the world today, pumping powerful boogie-woogie from the piano. Mike has spent the last four years as a full-time member of Bill Wyman's Rhythm Kings, fronting the band since 2001 alongside Georgie Fame, Beverly Skeete, Albert Lee, Andy Fairweather-Low and Eddie Floyd on their annual world tours.

Slowly Rolling Camera, a project that teams pianist-composer Dave Stapleton, producer Deri Roberts, vocalist-lyricist Dionne Bennett and drummer Elliot Bennett, is proof positive that some of the most interesting work often arises from a meeting of many minds. The result is music that has distinct echoes of the ‘invisible soundtracks’ of UK progressives Cinematic Orchestra and Portishead as well as the polychrome textures of maverick Scandinavian artists like Sigor Ros and Oddarrang.

Ray Gelato is probably the UK's foremost exponent of swinging good-time jazz, and following in the footsteps of Louis Prima, Louis Armstrong and Cole Porter, Gelato has been getting audiences jumpin’ and jivin’ since he picked up the saxophone in the late ‘70s.

Daughter of Bobby Byrd and Vicki Anderson, Carleen was one of the founder members of The Young Disciples and has also contributed to The Brand New Heavies.

The legendary New Orleans pianist and vocalist who was one of the world's great jazz, blues and rock performers.

Hugh "Huey" Morgan is the frontman of the New York rock / hiphop band Fun Lovin' Criminals. Huey is also an author, podcaster, a radio presenter on both BBC Radio 2 and 6 Music and a much in demand club and festival DJ. His extensive record collection has seen him DJ around the world spinning the very best in Hip-Hop, Funk, Disco and stone cold classics.