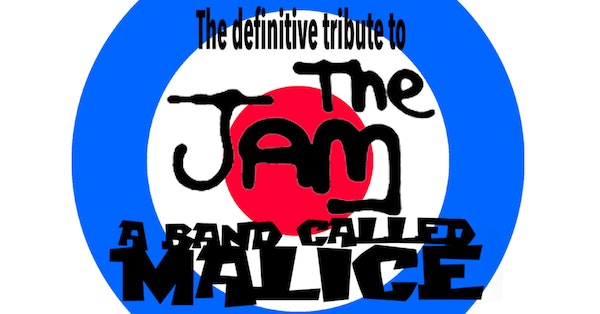 MATINEE SHOW - HARDCORE JAM FAN EVENT - Playing rareities and B sides rarely heard at a show.This is a new show we are putting on for those people who would like to hear more of the songs from the first 3 Albums, songs that are not normally heard at a regular gig including songs such as Takin My Love, Bricks & Mortar, Scrape Away, Little Boy Soldiers, All Around the World, Life from a Window, I've changed my address, Aunties and Uncles, See-Saw, B sides and more. This will be raw, fast and loud show.

The Definitive Tribute to The Jam. A Band Called Malice has quickly taken the tribute world by storm in their quest to become the number one choice tribute-act to The Jam.The talented trio are the real deal and guarantee to take you back to ‘When You’re Young,” with an evening of single releases and album tracks from The Jams early Fire & Skill years, through to their very last release. As Jam fans themselves, A Band Called Malice will not disappoint and guarantee a show full of high octane energy, angst, aggression, passion and soul of their idols. See what people say about the band by checking out our reviews on our Facebook page or see the video footage for yourself... better still, come and check out one of our gigs and be sure to book yourself a place ‘In the Crowd!’