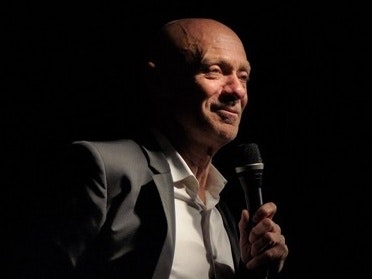 at The Malthouse, Bournemouth
Passed

Join us for the most fun monthly Comedy Night in Town at The Malthouse Comedy Club, held at Brewhouse & Kitchen. We have some well-known acts performing regularly, as well as some fantastic up-and-coming talent.

The stand up show starts with a compere to get everybody warmed up and run the show and then 3 comedians performing. They will make sure you have a fun-filled night out with lots of laughter!

8pm: Doors open, come in and enjoy drinks at the bar in the Brewhouse & Kitchen, enjoy some of the Best Beers in the Country. Or why not arrive a little earlier & enjoy a tasty dinner before the show.

8.30pm: Comedy show starts in the Malthouse . Introduced by the MC for the night, followed by 3 top Stand-up Comedians. During the show, there will be short breaks.

*acts and timings may be subject to change*

A Liverpool comic who is one of the funniest stand-ups on the circuit. Tim has been a Stand-up comic for most of his adult life, and still does over two hundred shows each year. He has appeared all over Europe, the Far East, the Middle East, and most recently at the Mumbai Comedy Store. He is resident host of British Stand-Up in Bergen, Norway. On TV he was host of the classic game show Give Us A Clue (BBC 1); the sporting chat show Under The Moon(Channel 4); as well as scores of appearances on various stand-up and panel shows. 'Loved it' (The Sunday People) '... hides his considerable skill behind a blokeish mask of bonhomie which appears absolutely effortless in construction... An unsung hero of stand-up comedy - the current master of this underrated art' (The Guardian).