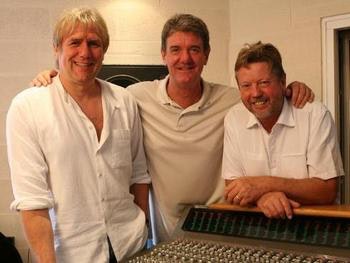 The Houghton Weavers have been entertaining folk now for 45 years with their unique blend of popular folk music, humour and audience participation.

In their time together, the group have performed thousands of concerts, recorded over 30 albums, and starred in several of their own highly successful BBC radio and TV series.

The UK's premier comedy/folk group, The Weavers have been at the forefront of the country's music scene for over three decades with a hectic concert schedule. Since cutting their teeth in folk clubs in their native North West, they have enjoyed non-stop success, with a great following at their concerts, and a large fan club with members worldwide. They have recorded twenty-five albums and can even boast a Number 1 hit in Tasmania with their perennial favourite 'The Blackpool Belle', a song that also reached Number 3 in New Zealand. The Houghton Weavers guarantee a wonderful evening of entertainment suitable for all the family. Their experience in the business together with their style and professionalism ensures that, as their motto says, they will always 'Keep Folk Smiling'.