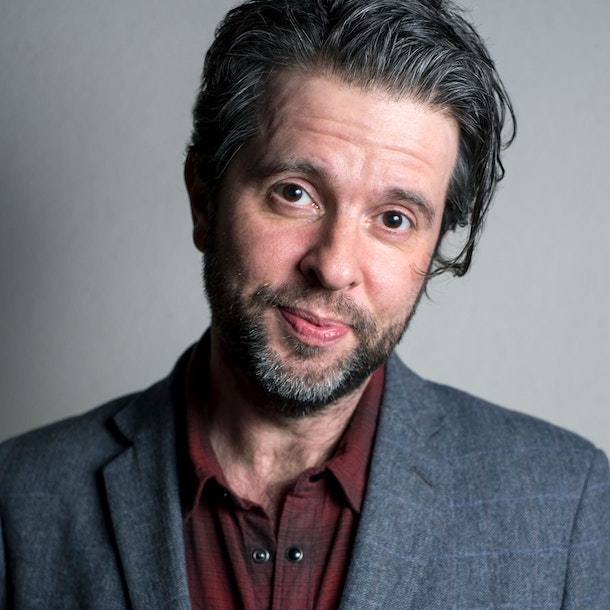 Andy Robinson won Best Club Night in the Midlands in the 2015 Chortle Awards and was the winner of 2014’s Best Act and Best Compere at the Midlands Comedy Awards. He has also worked as a warm-up artist for shows such as Never Mind The Buzzcocks, Shooting Stars, Later with Jools Holland, Friday Night with Jonathan Ross as well dozens of others. Andy has been the support act for Sean Lock, Rich Hall and Paddy McGuiness. He is also known as comedy legend Jo Brand’s regular support act, and has worked with her for the past ten years. ‘‘Andy Robinson is an absolute joy to work with… self-deprecating, generous, very funny and relaxed’ - Jo Brand

Internationally acclaimed Canadian comedian and Time Out Comedy Award winner. Already an established massive star in Canada, for more than a decade Mike has built up a reputation as one of the unsung heroes of the UK comedy scene. His TV work includes Rich Hall's Fishing Show/Cattle Drive on BBC4 and several appearances on Never Mind The Buzzcocks. He also played Paul Kaye's manager in the award-winning film It's All Gone Pete Tong. ... leaves the audience in a state of hilarity that most comedians can only dream of' (The Sunday Times) 'Wilmot can give any other stand-up alive lessons in the power of laughter to free us from the shackles of embarrassment' (Time Out).