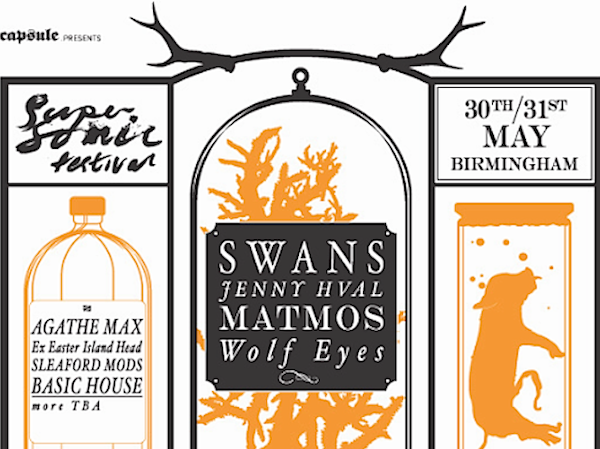 at The Custard Factory, Birmingham
Passed

For one weekend each year Digbeth’s arches vibrate with strange, wonderful sounds as the Custard Factory becomes the focal point for one of the UK’s most distinctive and respected music festivals…Supersonic Festival.

Starting as a one-day event in Birmingham in 2003, Supersonic is now an internationally renowned experimental music and arts festival.

At the heart of the festival is a passion for genre bending sound and performance. The festival is now considered one of the premier experimental music festivals. This is a super limited edition of the festival using a brand new layout, there will be just 400 weekend tickets available.

Punk influenced duo from Nottingham, Sleaford Mods "deal in grotty, cheap, abrasive, two-bit punk ferocity" - NME. The duo has been favourably compared to The Streets with the humour and wit of Ian Dury, John Cooper Clarke and Half Man Half Biscuit.

In 2014, debut album The Dangers Of Evil Blizzard was unleashed upon the world and its sonic grooves and unrelenting weirdness quickly captured, and held hostage, the minds and imaginations of freaks across the land. Landing on the cover of The Guardian’s entertainment supplement, and warping the brains of Kerrang’s readership, the five-piece won accolades and nervous glances wherever they went. The band continue to deliver sinister psychedelic rock that will melt your mind and soul. You have been warned.