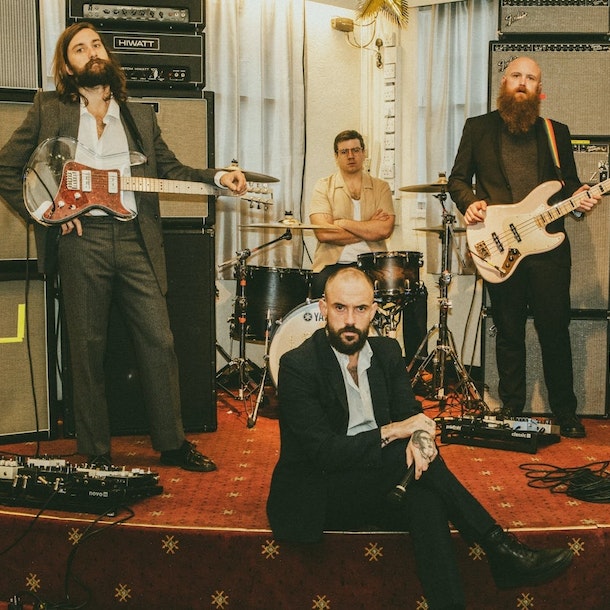 This show has been rescheduled to 22nd January 2022.

Jehnny Beth’s career started with Johnny Hostile in 2011 in London, where they founded Pop Noire. Widely considered as one of the most powerful women in independent rock music, Jenny Beth doesn't hold back. Front singer in the band Savages, she champions sexual exploration and self-empowerment while challenging the cliches surrounding what it means to be a woman in a band. In addition to having traveled the world with Savages and performed on stage with the XX, LCD Soundsystem or Primal Scream, she also worked with artists such as Gorillaz, Julien Casablancas, and Trentemøller. Since 2016, she has been hosting her own radio show ‘Start Making Sense’ on Beats 1 inviting every week an artist from the independent musical sphere.

Big Joanie are a black feminist punk band describing themselves as 'like The Ronettes filtered through 80s DIY and 90s riot grrrl, with a sprinkling of dashikis'. Based in London, Big Joanie formed in the summer of 2013 to play at First Timers (a gig where each band plays their set for the very first time) at the close of the year. The band also functioned as a space where its members (Stephanie Phillips, Chardine Taylor-Stone and Estella Adeyeri) could be completely themselves as black women, and within it discover their own power in creativity. Big Joanie are influenced by Nirvana, Riot Grrrl, Throwing Muses, X-Ray Spex, The Bags, My Bloody Valentine, The Ronettes, Darlene Love, Tina Turner, Jesus and the Mary Chain, Breeders, PJ Harvey, Shop Assistants.