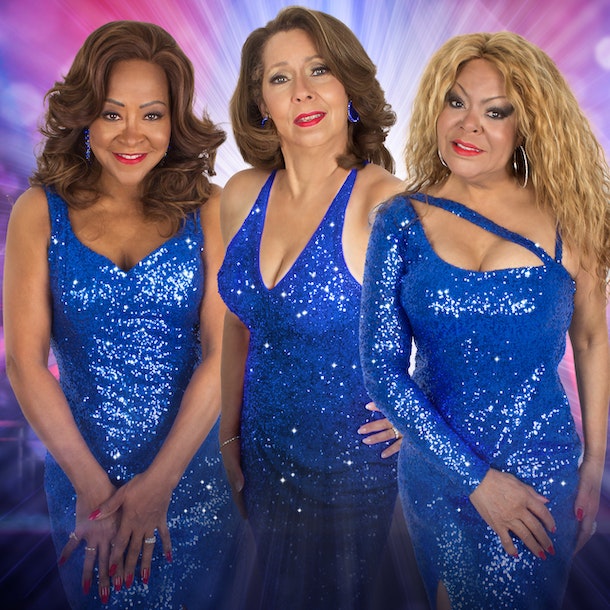 All the way from the USA, The Three Degrees celebrate their 50th Anniversary Tour!
With original members Helen Scott and Valerie Holiday, The Three Degrees are an American female vocal group, formed in 1963 in Philadelphia, Pennsylvania.

The group has remained a trio with two original members since Sheila Ferguson left many moons ago, replaced by Freddie Pool.

The Three Degrees are well known for their soulful voices, beautiful gowns, and fabulous stage shows.

They are known all around the world for songs like When Will I See You Again, Dirty Ol’ Man and Take Good Care Of Yourself. They have been continuously touring for more than 40 years and still touring to this day.

Famous for their ever-constant line-up and most royal of fans, Prince Charles, The Three Degrees have been producing hits since 1963. With tracks such as the classic When Will I See You Again, and Everybody's Going To The Moon, brought their unique sound into the mainstream. The Three Degrees are original members Valerie Holiday, Helen Scott and Freddie Pool.