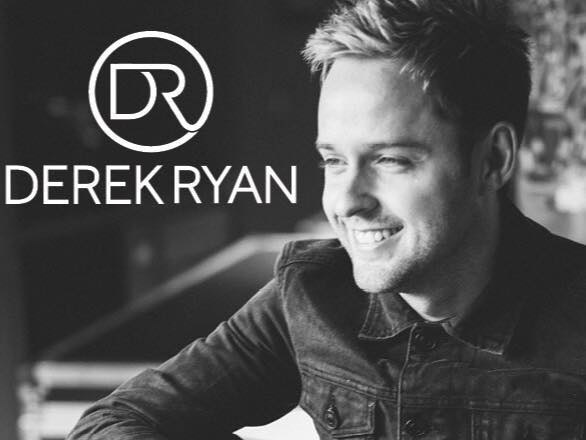 Irish country sensation Derek Ryan’s road to stardom is set to continue with his biggest concert tour yet. Following on from the phenomenal success of his recent TEN tour, Derek Ryan returns to Scotland with a brand new concert tour, playing the hits that has cemented Derek as Ireland’s biggest country singer-songwriter.

Derek and his fantastic band (now rated as Ireland’s leading country band) are back on the road to perform many of Derek’s classic hits such as ‘Hold On To Your Hat’ ‘It’s Friday’ and ‘God’s Plan’.

The Irish man is a multi-recipient of awards for his performances and songwriting including the Sunday World accolade for ‘Album of the Year’ and ‘Songwriter of the Year’. But Derek, being at the forefront of this new wave of young Irish country stars, continues to remain ever loyal to his worldwide army of fans.

From the age of 12, Irish country music superstar Derek Ryan had showbiz aspirations in his DNA. From his first foray into the music scene performing regularly at socials with his brother Adrian as the Ryan Brothers right through to a pop career with an international band, he has now become one of today’s biggest Irish Country artists. He is a constant recipient of Ireland’s most prestigious music awards and is regularly awarded ‘Entertainer of the Year’ ‘Songwriter of the Year’ and “Album of the Year’. The County Carlow songwriter has had his songs recorded by the likes of Daniel O’Donnell and Foster & Allen amongst others.