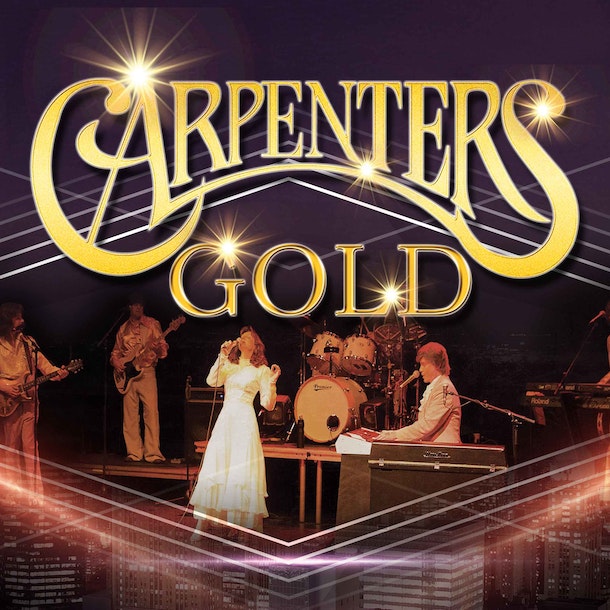 at The Lights Andover
View Tickets
£24.00

Immerse yourself in an enchanting evening featuring the musical brilliance of Richard and Karen Carpenter.

From Close to You to Top of the World, all their chart-topping hits feature including We’ve Only Just Begun, Goodbye to Love, Please Mr Postman, For All We Know and Only Yesterday.
All superbly performed live in concert, just as they would have been by The Carpenters back in the day at the Talk of the Town, London Palladium, and their International tours including Japan.

When we were young, we’d listen to the radio, waiting for our favourite songs – now we can enjoy them live, performed just how they would have been by the Carpenters during their heyday.

Carpenters Gold is heading your way – it’s Yesterday Once More.

“An immersive and convincing Carpenters experience. . . it’s as close as you can get” Felixstowe & Woodbridge Magazine

Carpenters Gold authentically performs their Greatest hits, such as Goodbye to Love, Solitaire, We've Only Just Begun, Top of the World, Yesterday Once More, Superstar, plus many more; recreating the look and sound of their worldwide 1970 tours, including a special highlight where 'Karen' plays the drums with her full live backing band. Produced by London West End Director of 80's Mania, The Abba Reunion Tribute Show and Abba Mania.